Why I Love Working at An Episcopal School 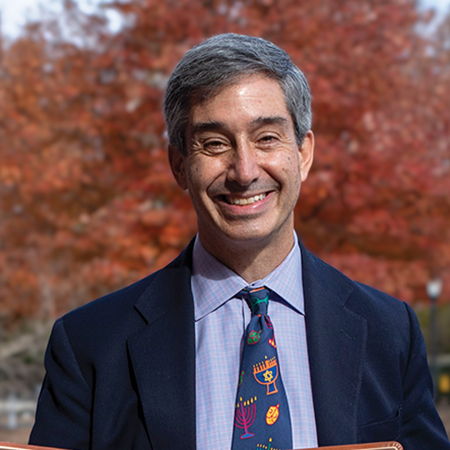 Why I Love Working at an Episcopal School

“I continue to be proud to work in an Episcopal school whose church is at the forefront of equity, justice, and honoring human dignity.” 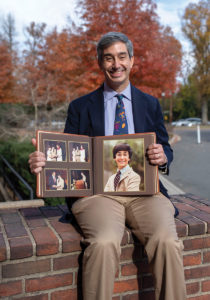 When I joined the St. Stephen’s and St. Agnes faculty as a sixth grade English teacher in 1993, I knew that it was a wonderful school and a special place.

Having grown up in Washington, D.C., I knew of the school’s strong reputation. Through one of my closest college friends who was teaching here at the time, I had learned of the warmth of the community and the positive teaching environment that existed. What I did not fully comprehend at the time, but what became quite obvious early in my tenure, was that being an Episcopal school was an integral and foundational aspect of the school; and this is a major reason why I have loved being a teacher and administrator here for more than 25 years.

Episcopal schools are inclusive institutions. As the National Association of Episcopal Schools states on its website, Episcopal schools are “ecumenical and diverse ministries of educational and human formation for people of all faiths and backgrounds.” At St. Stephen’s and St. Agnes our mission calls us to “honor the unique value of each of our members as a child of God in a caring community,” and this big tent philosophy means that people of diverse backgrounds and perspectives are welcomed and affirmed. As a Jew, my faith is honored at St. Stephen’s and St. Agnes. During my time here I have been invited to share my family’s faith traditions at Lower School chapel, from celebrating the Passover story of Moses leading the exodus from Egypt to demonstrating how my family welcomes the Sabbath on Friday evenings. I showed a video of my traditional Jewish wedding ceremony to a religion class (fortunately we were able to locate a VCR), displayed my Bar Mitzvah album (braces and all) at our Multicultural Night, and ended the evening with the traditional celebration dance, the hora. Each year our chaplains wish me a happy new year on Rosh Hashanah. Like other Episcopal schools, we proudly embrace our Episcopal identity and are deliberate and purposeful in welcoming people of different faiths.

Working at an Episcopal school provides so many opportunities to learn about Christianity, the Episcopal church, and Episcopal traditions, which has made me a more well-rounded and knowledgeable person. Through observing Godly Play lessons and religion classes and attending regular chapel services, I have learned about the life and teachings of Jesus; while these stories are not from my own faith tradition, the messages are universal and meaningful, and I feel fortunate to hear and know them. How can one not be moved by the meaning of the lone pair of footprints in the sand?

My parents sent me to an Episcopal elementary school not only for the strong education, but also because they thought it would be enriching for me to learn about Christianity. I feel so lucky that this education continues. I am also proud of the fact that I know grammatically when to use “Episcopal” and when to use “Episcopalian!”

Some schools focus on character, but in Episcopal schools the focus is rooted deeply in biblical teachings. Our St. Stephen’s and St. Agnes mission states that we “pursue goodness as well as knowledge.” As we share with our students, if they graduate merely as strong students and artists and athletes we would have failed in our mission, as we want them to be good, kind, empathetic people. I feel grateful that as I speak with students about the choices they make and the consequences of their actions (both positive and negative) and the good they can do in the world through service, it is rooted in God’s commandment to “love thy neighbor” and to serve God by serving others. This is similar to an important tenet of Judaism- tikkun olam, which means “repair the world.”

Also, the church’s focus on social justice resonates deeply with me. In my sixth grade English class I taught the novel “Roll of Thunder, Hear My Cry,” which led to the creation of a student group called UNITE. The discussions that emanated from this book and the student group were supported and affirmed by the teachings and actions of the Episcopal Church. At that time the church had just issued the House of Bishop’s Pastoral Letter on the Sin of Racism, and I was truly moved by its clarity and boldness. This fall the National Association of Episcopal Schools powerfully reaffirmed its commitment to equity in its Statement on Inclusion and Episcopal Identity. The school’s longstanding commitment to diversity, equity, inclusion, and belonging—from the formation of student and faculty multicultural groups in the mid 1990’s to our more recently developed Action Steps for Racial Justice—flow out of both our Mission and our identity as an Episcopal school. I continue to be proud to work in an Episcopal school whose church is at the forefront of equity, justice, and honoring human dignity.

Finally, I feel blessed to work in an Episcopal school, where prayer is a fundamental part of who we are. I grew up praying at synagogue, particularly during the High Holidays and at Hebrew school, and, as a family, we welcome the Sabbath through prayer, thanking God for food and drink and the Sabbath candles and for the blessing of being together. This is complemented at school as we pray at chapel for our school community, for our sister school in Haiti, for peace and justice, and for family members (and even pets) who are sick or who have died. Our chaplains offer the right words at the right time to affirm and encourage and comfort my colleagues and me.

I will never forget the prayers offered on September 11, 2001. As we learned of the first plane hitting the World Trade Center we believed that a terrible accident had occurred, and we gathered in the Middle School gym to pray together. It felt natural and right and just what we needed at that time. As we began to understand the truth of that morning, the prayers that were offered were even more needed and appreciated.

When our beloved chaplain Rev. Michael Hinson passed away, prayers brought us comfort and helped us to process the sadness and disbelief that we felt from this deep loss. At his memorial service, seeing our past and present chaplains and our Bishop assembled before us helped to bathe us in love and hope during our time of mourning.

When I joined the St. Stephen’s and St. Agnes community, I had a certain level of comfort with Episcopal schools having attended one for seven years as a student. So when thinking about attending chapel or religion classes or experiencing prayers at meetings and school events, I thought to myself, “I’m fine with that.” But what started out as “fine” quickly became something I truly cherish about our school community. I feel so fortunate to work at an Episcopal school where goodness, social justice, inclusion, and prayer are part of the fabric of the community.