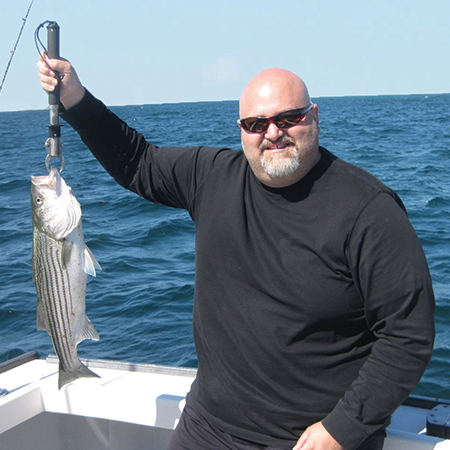 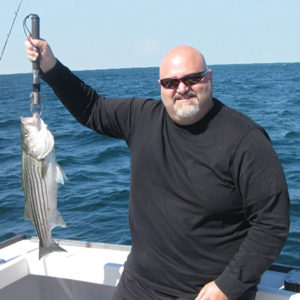 Upper School History Teacher Steve Ebner started his professional life as a lawyer but grew disenchanted, feeling frustrated that he wasn’t doing something that helped people and made a positive impact. He watched his wife spend every day as a happy and contented teacher and decided it was time for a master’s of education and a job change. It may have seemed crazy to take a pay cut to be a high school teaching assistant, but Steve followed his heart and has never looked back. Steve is passionate about teaching and mentoring. Since coming to SSSAS in 2004, he has not only opened his students’ eyes and helped them look at history through a different perspective, but he also has taught them to be good citizens, better writers, and advocates for themselves. Steve has learned from his students, too—compassion, acceptance, and humility. Steve was born on the U.S. Army base in Heidelberg, Germany, and raised in Northern Virginia. He has been married to Terri for 27 years, and she and son Dylan ‘15 are the loves of his life. To decompress, Steve goes fishing, listens to classic rock, romps with Murphy (his enormous yellow lab), reads historical and non-fiction novels, and watches basketball and football on T.V. Things you might never guess about Steve? He is a romantic at heart with tattoos under his sleeves. He gets crazy on the dance floor and is a total grill master. Which five historical figures would Steve ask over for steak and baked potatoes? Moses, Abraham Lincoln, John Adams, Harriet Tubman, and Ghandi. Wouldn’t you like to crash that party?

What is the one thing in the world you would fix if you could wave a magic wand? I would repair the political and philosophical divisions in the country. I would like people to realize  that having a rational, reasonable conversation could solve so  many problems. We all want the same things. To feel safe, love our friends and family, and watch our children grow up. I want for people to have common sense and love each other.

What is the biggest adventure you’ve had in your life? When I was 22 I went to sea for six weeks with men twice my age—salty lifelong fisherman—and long lined for swordfish just like in “The Perfect Storm.” I was tested and pushed more than I ever thought I could be and it was one of the greatest confidence builders in my life.

If you had a million dollars in the bank, what would you be doing? Exactly what I am doing today—teaching and mentoring at SSSAS. I have never been happier doing anything else. It is truly a blessing to know I am doing what God put me here on earth to do.

What is the best compliment someone can give you? That I have made a difference in their lives or their children’s lives as a teacher, mentor or coach. That’s it, period. That what I have done has been received and mattered to someone else. That kind of affirmation is a gift beyond words.

When did you first really feel like an adult? When I took a semester off from UVA to take care of my mother, who was undergoing cancer radiation treatments. Each day I went to work as a paralegal, met her at GW Hospital, drove her home, cooked her dinner, went to the gym and for a two hour offseason football workout, and came home to sleep. I did that until her treatments were done. A few years later my mother lost her battle, but I had been there for her—she could count on me.

What would constitute a perfect day for you? Waking up on Martha’s Vineyard to the sound of waves and seagulls. Having breakfast on the back deck with my family, going out deep sea fishing for blues and stripers with my son and sister, having dinner with what we caught at my Aunt Bette’s house, and watching the sun melt into the sea while holding my beautiful wife’s hand.